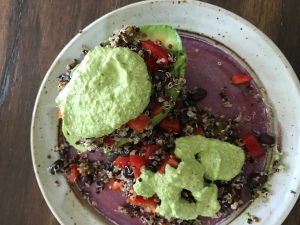 I was raised Catholic which means there are decades upon decades of shame and guilt in my body. I inherited that shame and guilt from my parents, who inherited it from their parents, who inherited it from theirs. I have spent most of my life, let’s just say from the age of 14, trying to wrap my head around shame and guilt and trying to process all of this junk so that I don’t live my life based on it and so that I learn to breathe. Thankfully, I began fighting this head on at a very young age, and thankfully, I’ve gone a long way – but there will always be further to go, and new areas to explore, and new parts to uncover. That’s just life, and it could be a lot worse. I’m incredibly thankful for Anodea Judith and Brene Brown and John Bradshaw and always always always Tori Amos, and everyone else who’s fought to uncover the deeper parts of us. That’s a big damn fight.

So all that said, I’m freaking pissed about Louis C.K. I couldn’t care less about the others, as they all seem like creeps, although I do feel sorry for the women and men that have had to deal with them. But Louis C.K.? Are you freaking kidding me? He’s the best, just the best. I look up to him and his comedy more than almost any other comedian, living or dead. I’m shocked, and I’m taking it personally, like he did these things to me. Louis C.K. was one of the good ones. His comedy hit home year after year. His routine was never, and I mean never, the same. That takes a lot of balls.

I texted my friend Michelle yesterday once the news broke, and her response was right on: “I honestly kinda thought of him as a feminist ally”.

Yes, exactly. There’s no better words for it. He’s smart and funny and he sticks up for us, dammit. He brings really important issues to the table in order to get a lot of people thinking and a lot of people who wouldn’t normally care about something, to act. That is what comedy does: it brings us together and gets us thinking and questioning our beliefs. And now here, I’m forced to question even more beliefs, and I’m super, super irritated about it.

Sex is this funny thing that we’ve all been told to hide. We’ve all been told that it’s wrong and bad, and it’s not. It’s beautiful, and it doesn’t need to be hidden. We shield our kids from sex scenes but we don’t shield them from war scenes. WTF is up with that? How did that even become a thing? And when can we all realize how absurd that is?

So there’s something about sex that we all have been told it’s bad and evil and should be hidden and hidden only within marriage and only with a person of the opposite sex and therefore we have to do questionable things to feel it. For some of us, that means masturbating in front of strangers. And there’s something about that that truly upsets me. We’ve been told that things that are good are bad and so we hide in shame and sorrow and we end up doing horrible things. Maybe there’s more to it that I just don’t get, but I think it all stems from our society looking down on sex and intimacy and eroticism. And that has to freaking stop.

For many years now my husband has said the most violent countries are the ones that hide sex and booze and drugs, and he’s right. If we shut out things that feel good, we become freaking crazy. We do horrible things, like kill and steal and lie and cheat. If we admit that certain things feel good and that feeling good is great, then we live peaceful, happier lives. That’s all there is to it.

Avocados are sexy and silky and creamy and delicious and I couldn’t think of a better recipe to put with this post. Enjoy. 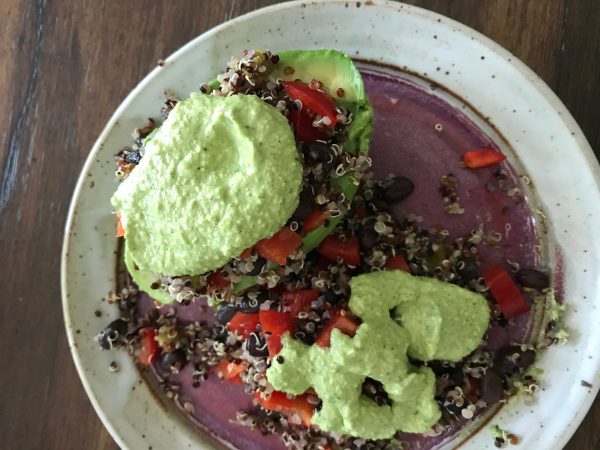 Votes: 0
Rating: 0
You:
Rate this recipe!
Ingredients
For the Avocado Salad
For the Dressing
Instructions
Share this Recipe