When I went though my yoga teacher training in 2015, assisting was barely mentioned; it was covered for maybe a half hour, if even that. My training studio didn’t do assists, and the studios where I practiced didn’t do assists.

And then something happened in the yoga world and a lot of teachers at a lot of different studios started assisting classes.

My main studios, where I practice regularly, don’t do it. And the studio that I currently teach at doesn’t do it. But there are a lot of studios that put a huge emphasis on assisting, and a lot of teacher trainings that are emphasizing it a ton. It’s a hot topic, and I’m going out on a limb here, but personally, I hate it.

We know as yoga teachers that trauma lives in the body. We all know that, we’ve all seen it. We cannot just assume that everyone in class is good with us putting our hands on them. We never fully know what that person has been through, that morning, that year, or that lifetime. Oftentimes touch is good, and oftentimes it is not.

I hate being assisted so much that I stopped going to studios that assist. I have had teachers put their hands on my hips forcefully to get me into a pose “deeper” and I have wanted to absolutely peel out of my skin. I have been physically hurt before by yoga teachers. I am sure as a teacher I have hurt my students as well.

I realize I’m in the minority here, but I don’t think it’s OK to just assume that a woman is OK with you putting your hands on her. And if you are a dude teacher or a dude assistant, stay the hell away. I think now more than ever this conversation needs to come up.

The problem is that studios don’t ask.

I get it, these are fighting words. But I think they need to be brought up. Teachers don’t ask if it is OK if they can touch you before class starts. They just assume.

Let me say – I teach restorative yoga (and vinyasa, but I don’t touch in vinyasa). At the end of my classes, I go around and touch my students – either their heads or their shoulders or their legs and feet. Before I begin, I ask my students to place one hand on their belly if they do not want me touching them.

What if I didn’t ask? What if I just assumed it was OK? So I go up and I touch her and I bring back old memories, or I make her uncomfortable, or I completely ruin the whole restorative experience for her.

I say her, as I have never had a man say no.

We can’t just assume we know our students.

I’ve only been teaching for three years, but last year, I taught non-stop. I can’t remember the number of classes I taught, but it was close to 300, not including events or privates. You would think after teaching 300 classes in a year that I would become comfortable with touching someone who was there to be in their space, in their practice.

I’ve never been comfortable with it, and that’s probably because I am putting myself in their shoes. Whatever it may be, I don’t want it, and I don’t think as teachers that we should just assume that all do.

Curious for your thoughts, opinions, etc.

It got down to about 80 degrees here in Texas and that means I start making soup. For the rest of the country, enjoy this. For the fellow Texans, I am sorry, I jumped ahead of schedule, more salads coming soon (maybe). 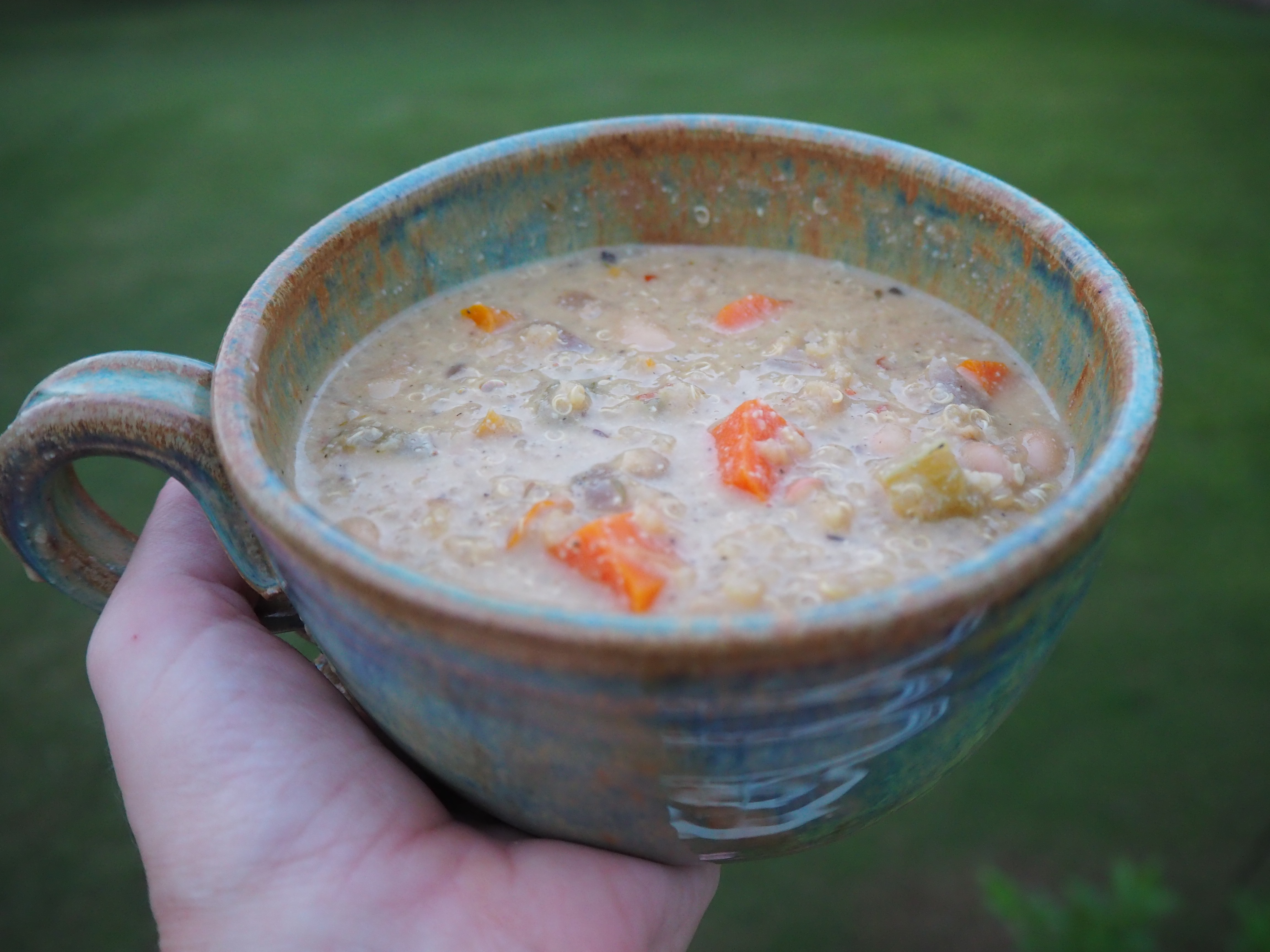 Tried this recipe?Let us know how it was!
Categories: Recipes