A few months ago, I had a fairly new student in one of my classes. This was my 2nd or 3rd time teaching her, and I knew she had only been practicing yoga for a few weeks. At the end of practice, I called savasana, corpse pose, like I always do: this is the pose that all classes end with, the most important of all yoga poses. And she watched everyone else lying down, but continued to sit and stare at me. She then gave me an irritated look, and shrugged her arms, so I walked over, to see what was up, and she said, what am I supposed to be doing? I laid down next to her, and guided her into savasasa, and she said, “Well, how would I know, I only speak English.”

At first, I was caught off guard, and confused, and mostly, shocked. A few days later, I thought, ok – savasana is Sanskrit, and maybe she had never heard it, or chosen not to listen to it, and here it is, one of the most beautiful languages. I realized that by entering into the yoga world, we get to grow our bodies and our souls, we get to silence our minds and slow our central nervous system, and here’s what else: we get to learn a bit of a new language, and we get to open ourselves to trying something that might seem strange or scary, to push ourselves someplace new.

I have been thinking of this moment for the past few weeks, as I’ve been preparing to teach during Parent Night at our International Newcomer Academy, a middle school and high school here in Fort Worth. The International Newcomer Academy takes all new international students, the day they arrive here, and gets them situated in North American customs, languages,  and processes during their first year, before they get assigned to a permanent school. It’s a beautiful, stunning school, not in the architecture or the furniture or design, but in the people. My friend Sara asked me if I would be interested in doing it, and I jumped at it, knowing fully there’d be language barriers and differences, and I wouldn’t be able to rely on English or probably even Sanskrit when leading these classes.

This night was on Wednesday of last week, and it was incredible. Every time I teach yoga to kids I leave feeling a little bit more humbled and a lot more filled with joy. Most of the parents and grandparents did not join in, which I was bummed about, but I get it. So the mats were filled throughout the night with kids, most in the middle and high school ages, but by the end, all the little brothers and sisters were joining in. So I literally taught 2-year olds up to 17-year olds, and then, at the end of the night, one of the older boys, in broken English, said “I teach you”. And so, we switched mats – him going to the front of the room, and me moving to his mat, and he led us all in his form of yoga. And, it was awesome.

For the most part, all of us communicated without understanding what each other was saying. And for the most part, all of us had smiles on our faces during the entire evening. And, it worked. None of us needed English to get along. We needed breath, and love, and acceptance, and the willingness to be in a place that might feel a little weird, a little out of balance.

And then I got to thinking about my “I only speak English” student. It made me aware, and then sad, that we often preference so much of our lives and decisions with these types of statements. I began thinking about all the things I don’t do and all the reasons I give for not doing them. Headstand was the first that popped into my mind, followed by a whole bunch of random things. I realized kids, for the most part, don’t do that – they participate and goof off and trust others and try new things and come without judgements or predispositions. Someplace in our lives, we lose this, and we begin to mistrust, and we doubt, and we begin saying, no, I don’t want to try; or no, you’re different from me, so I choose to not see you.

Fittingly, on Thursday, this I only speak English student attended my class. I couldn’t believe it; I hadn’t seen her since our savasana incident, and I figured she’d never come back to my classes. Something in her decided to give it a try again, and I was grateful that she did.

I’m reminded often that we’re all leading an uphill battle, that we all get lost and we all have to find our own paths. I’m reminded often that it’s better to say yes than no, and I’m reminded today, that it’s OK to give things a try that I otherwise give a hardy hell no to. With that, I began this morning in headstand, the pose I don’t do, and the pose that’s been on my mind a lot this week thanks to my friend Kila. Our friends help us get unstuck with the things they say, and most importantly, in the things they don’t say. Kila’s the best about the things left unsaid, and she’s the best I know about saying a HELL YES to life.

Here’s to Sanskrit, and Headstand, and trying something you’ve forbidden in your life. Here’s to all the kiddos and their parents coming to this country scared out of their minds, and here’s to an incredible, beautiful school filled with the most loving and open-minded people welcoming them with open arms. Here’s to saying YES. 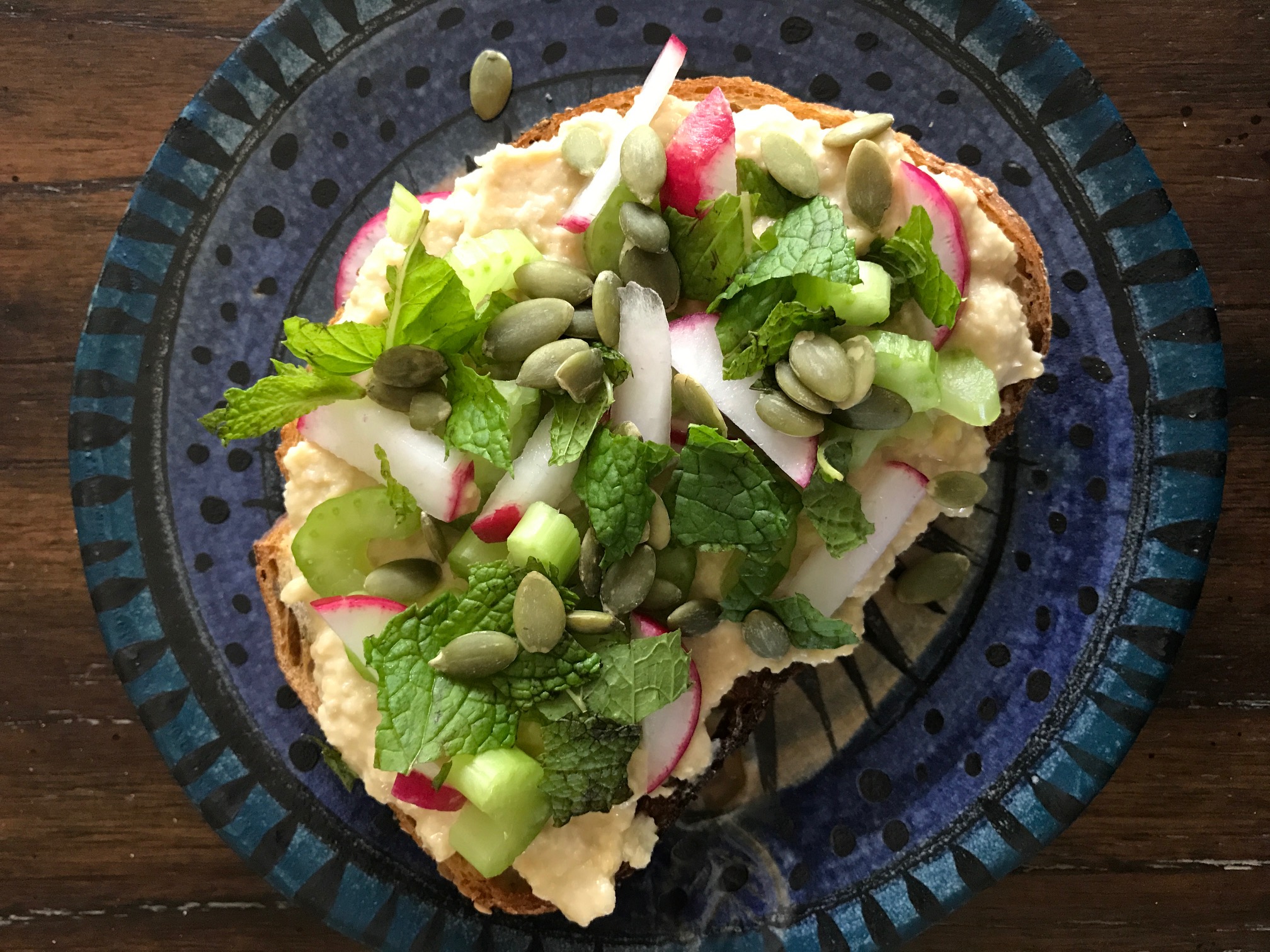 I Only Speak English Hummus Toast

Tried this recipe?Let us know how it was!
Categories: Uncategorized